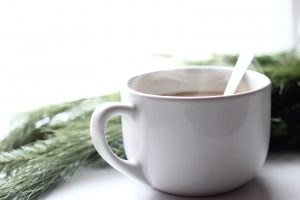 Getting up early in the morning to prepare for the day is a drag. You want to sleep in and you are tempted to hit the snooze button on your alarm, but that means you get to work late, skip the gym or end up not achieving what you planned out for the day.

Most people resort to caffeine to snap out of this tiredness and laziness to start the day. Caffeine is known as the world’s most consumed psychoactive drug. Caffeine is a legal and unregulated psychoactive substance in nearly all parts of the world. This means that access to it is easy. It is also a natural stimulant that can be found in tea, cocoa plants, and coffees. The work of caffeine is to stimulate the central nervous system and the brain. Millions of people consume this substance in the form of teas and coffees to increase their wakefulness, mindset, alleviate their fatigue and improve their health. However, the United States has stated that 85% of the adult population consumes caffeine regularly on a rough daily average that equals two cups of coffee. This is the reason why coffee shops and the tea business can never go out of business. Caffeine is an important ingredient in the making of both coffee and tea; especially green tea. Now, as a consumer, you might be wondering just how much caffeine is included in your favorite green tea or that cup of cappuccino coffee you love so much. How many cups do you finish in a day?

According to research, tea is the most frequently ingested beverage after water of course. Coffee is also very popular but not as easy to make. People have different tastes and preferences which is why some people take green tea and some prefer coffee. Coffee can be made by brewing roasted beans, while green tea can be made by steeping the unfermented leaves of a tea plant. They each have benefits and downsides to them. Coffee and tea are the most predominant sources of caffeine in an individual’s diet, however, a cup of coffee provides more than three times the amount of caffeine in green tea.

Caffeine has lots of benefits to the appropriate use of it. Caffeine is one of the most studied substances, as a result of its several beneficial health effects. These include increased energy levels, alertness, attention, and wakefulness, lowered mental and physical fatigue, quickened reaction times, better accuracy

Increased exercise performance, improved memory, and mood. It has also been suggested with evidence that caffeine has protective effects on brain health thus reducing the risk of dementia and other degenerative diseases. Green tea and coffee have various health benefits in common, including their high antioxidant content and weight loss effects.

Too much caffeine also has its side effects but you need not be scared if you are not abusing it. For your safe consumption and benefit, according to research, intakes of 400 mg of caffeine per day are considered safe for adults. However, the recommended limit reduces to 100 mg per day for teenagers and 2.5 mg/kg per day for children.