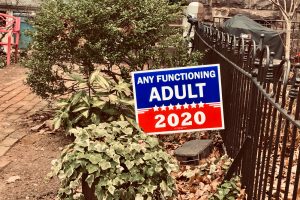 The general influence of mass media has risen dramatically over the years and will continue to do so as the media itself improves. The development of media as the years goes by, strengthens media criticism and its influences. The effects of media on public opinion can be measured with many factors including audience demographics, psychology, and so on. The influence of the media on public opinions can be negative as well as positive. It can also be abrupt or gradual, the effects could also last for a long term or a short term. Not all the influences of social media result in a change. Media also notifies individuals about what other people think of them through the use of online links and platforms, the media makes it possible for public opinion to encompass large a lot of individuals & wide geographic areas. It has been suggested that in some European countries the growth of broadcasting, especially television, affected the operation of the parliamentary system. Before the invention of the television, national elections were seen mainly as contests between a number of candidates or parties for parliamentary seats. As the electronic media became more sophisticated technologically, elections increasingly inferred the appearance of a personal struggle between the leaders of the principal parties concerned.

If you are reading this article, then you must have probably wondered what public opinion polls are used for. You might have been involved in one poll or the other and would want to know their uses. This is a way to get information to analyze and make calculated guesses about the decisions, behaviors, and attitudes of the public, a part of the public, or a set of people.

This is done by observing random people from the public. It has to be random so that the estimates and predictions made about the public can be considered valid. This is considered the most popular way of collecting data about the members of the public by social scientists. Public opinion polling is a very important aspect of social science studies; it is a way of feeling the pulse of the public.

In the 1930s, the masses started to know of the emergence of public opinion polls, and this led to people calling it a danger to democracy because it was regarded as a novel way of checking the opinions of the public.

Public opinion polls are usually conducted by people called “pollers” who go around to ask the questions. They are usually willing to answer the questions you have about polls and their polling system.

You might be wondering why public opinion polls are used, after all, they are conducted very often. Polls deal with questions regarding private business, public affairs, and all sorts of things. They are conducted in the U.S., England, Australia, France, Canada, and many other countries.

In America, many public opinion polls are conducted on several public questions by different entities both public and private, organizations, and government agencies.

Presently, at least two public polls are being conducted in an attempt to get popular opinions on social issues as well as local issues. Polls are used to study polls, gather information about polls and social challenges, which helps the people in charge to work on those issues and challenges.

Privately owned businesses and some industries conduct polls to study the problems that are in their business from the perspective of the public. They also use it to try out potential markets and customers, they assess the effectiveness of their advertisements, and they find out what the public thinks about their products, services, and policies.

The movie industry also uses public opinion polls to test how particular films are popular. This helps them know how the films will be received by the public at the box offices.

Any business or entity that has contact with the public and depends on the public for anything can use public opinion polls and they often conduct them.

You may have heard people comment about public opinion and politics with statements like this: “The current government is much worse than the previous one.” “If all our leaders could be as good as this one, our country would have achieved greater things.” “Why is the price for healthcare and electricity going up?”

What is Public Opinion?

So, simply put, public opinion is the collective or joint opinion of the people in a society or state concerning a given subject or issue.

How Public Opinion and Politics are Related

How exactly do public opinion and politics work? Well, the answer to this question can be found in a literary work by John Locke called “An Essay Concerning Human Understanding.”

According to that essay, man is subject to three laws which are the divine laws, the civil laws, and finally the law of opinion (also known as the law of reputation). The law of opinion, in one way or another, indirectly affects the other laws. Take the divine laws for instance. These laws are in religious books. But as time goes on, public opinion would decide what law to follow to the letter, as well as what law needs to be amended or relaxed a little bit.

This power of public opinion is also applicable in politics. Most systems of government today (an example that of democracy) is a relatively social system. The ruling government gets to remain in power as long as they do not excessively violate the “social contract” between them and the citizens. If they do, public opinion turns against them and an impeachment or a coup d’état (in a military system) is no longer an impossibility.

So you see, public opinion and politics are an inseparable pair. Public opinion determines media content and governmental actions (to an extent).

How do you feel about public opinion and politics?